Some of the top male celebrities in the world are rocking the bald style and they're owning men's fashion trends with it; they're reminding us that men definitely can look good bald.

Bald men have an aura about them which comes from that confident move to shave off all their hair and just be themselves - no frills and no fluff (literally). It takes a certain amount of guts to take a razor to your scalp and get rid of all your hair - after all, hairstyles have been a fundamental part of fashion since fashion existed. Think back to the slick styles of the early 20th century, the mad all out looks of the 60s, 70s and 80s, the period in the 90s where David Beckham basically dictated hair styles.

In the 21st century, hair styles took a more "quaffed" look as the fashion trends moved towards the chiseled body and well-put-together-gent look. But as some of these iconic men started to lose their hair or turn to the bald look, the bald man became a more powerful figure in the modern world. Sex icons of recent years have been bald guys and it's not looking like it's stopping yet.

When you think bald guy, a lot of you will imagine the biker or post-modern bad boy style with the big beard and tattoos - which is partly true, it's definitely a look and a good one at that if you can pull it off. You see, baldness is often linked to masculinity, no nonsense and confidence.

But it's not just the burly, bearded bikers that take centre stage when it comes to bald men's fashion and style. Below is a list containing some of the most popular, powerful and well-dressed bald celebrities in the limelight right now (in no particular order):

Bruce Willis was never an actor who was famous for his hair. Even in the early Bruce days of Moonlighting and the original Die Hard, he was already rocking a pretty decent receding hairline. As he pushed into his more middle-aged era, Willis took to the razor and really defined the bald, macho man look with his dirty white vest and smoldering, angry stare. Are you going to tell Bruce he doesn't look good as a bald guy? I doubt it.

Kelly Slater is without a doubt the most famous and successful pro surfer there ever was, and fewer sportsmen have more automatic "cool" than professional surfers. Kelly has been sporting the bald look for many years now and it absolutely suits him. The stereotypical surfer "dude" tends to have long golden locks, which seems to define the fashion of the sport (think Patrick Swayze in Point Break), but Kelly has proved for a long time that it isn't necessarily true.

I'm pretty sure than Vin Diesel has always been one of the most famous bald guys in Hollywood, even in the early days of cool bald guys. Despite mostly playing tough, bad guy roles, Vin Diesel is actually a pretty calm and pleasant guy; just goes to show, having the look doesn't automatically mean you're a nasty guy! 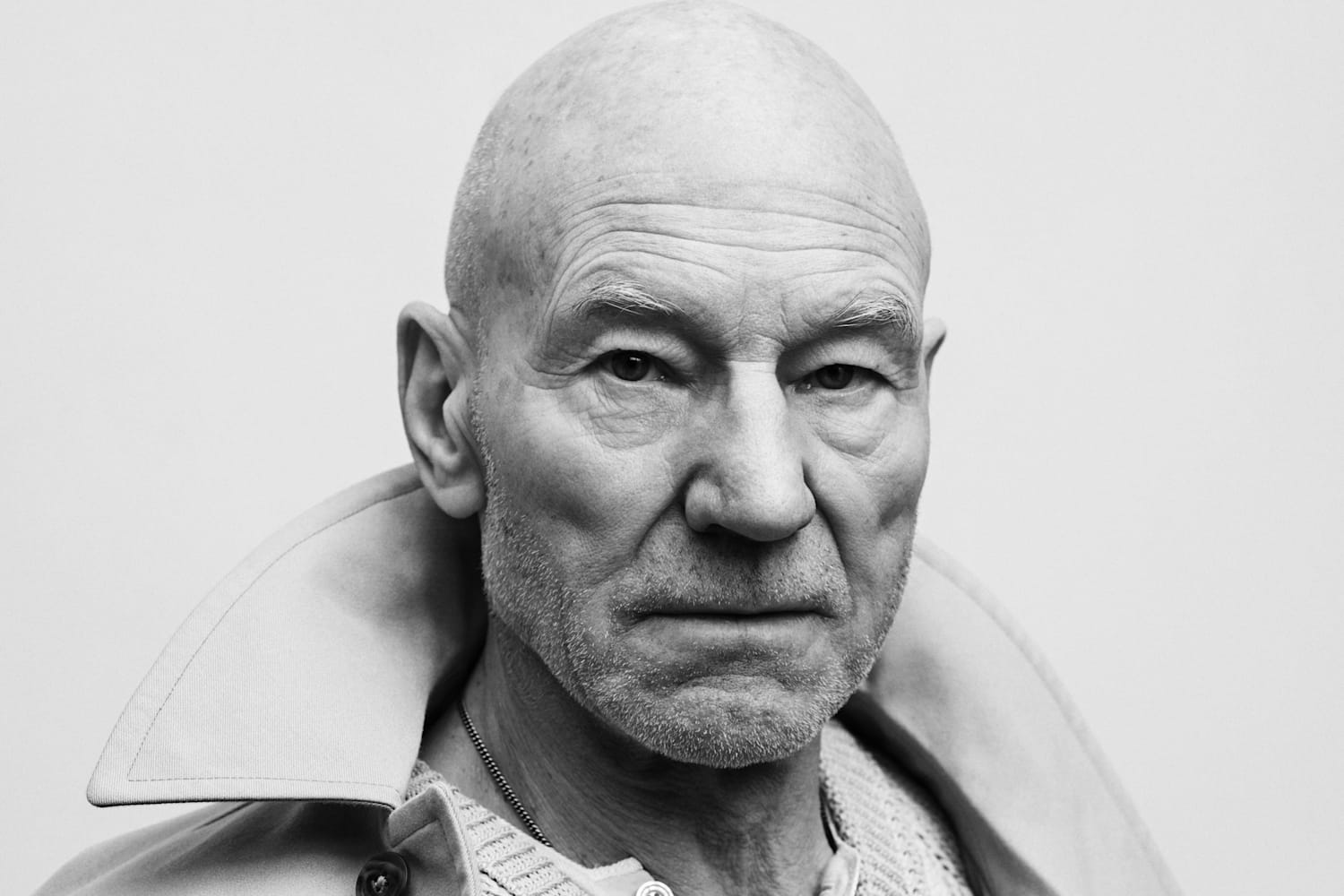 Correct me if I'm wrong but I don't think Patrick Stewart has had a single hair on his head since the 1970s. We all love Patrick, whether it's in early Shakespeare productions, Jean-Luc Picard in Star Trek, Charles Xavier in X-men or voicing cartoon characters for Seth Macfarlane. The clean, sharp, British gentleman look complete without hair, proving you don't need hair to be smart and well regarded enough to be knighted by the Queen.

Stanley Tucci is just one of those guys who makes being bald look so suave. He has great style and great manner, alongside an eclectic range of roles in TV and film. Stanley shows everyone just how easy it is to look smooth, stylish and fashionable while rocking the clean, bald look.

Britain's bald bad boy, Jason Statham is the epitome of "cool tough guy". Rocking the stubble head and stubble beard look, Statham uses his gritty, middle-England accent to ooze badass. He also managed to bag Rosie Huntington-Whiteley (look her up if you don't know who she is) so don't tell me that bald guys don't get hot girls.

Once a floppy haired heart-throb (think Titanic), Zane took to the bald look with absolute power and he is possibly one of the best looking bald men ever. In the words of Owen Wilson from Zoolander, Billy Zane is a "cool dude" - and I would agree. And if you're still not convinced that bald guys can date hot women, just a gentle reminder that Billy once dated Kelly Brook.

Well it was hardly going to be a list of cool bald guys without including The Rock. Without a doubt one of the biggest celebrities in the world right now (literally!) and just owning the position, Dwayne Johnson is not only a tower of physical strength but he is incredibly hard working and a pretty decent guy to boot. If you're looking for a bald role model, look no further than this guy.

When you think "good looking bald guy" you probably don't think of Jeff. At the time of writing, the Amazon founder is worth an absolutely jaw dropping $189 billion! The guy is worryingly unstoppable in his success and to top it all off (or not, depending how you look it) he's a bald guy. I've head people say "with all that money, wouldn't you do something about it?" and my answer would be... well he doesn't need to, because even the world's richest man realises that there's nothing wrong with being bald.

Probably the greatest sporting figure of all time, Michael Jordan's skill, determination and ventures have made him an icon of the modern world. Not only is he one of the greatest sportsmen who's ever lived, don't forget he's also behind Nike Air Jordans, some of the most popular trainers of all time. I don't think Jordan has had any hair on his head since the 1980s when he first started playing for the Chicago Bulls.

Is the Dad Bod still acceptable in 2021?